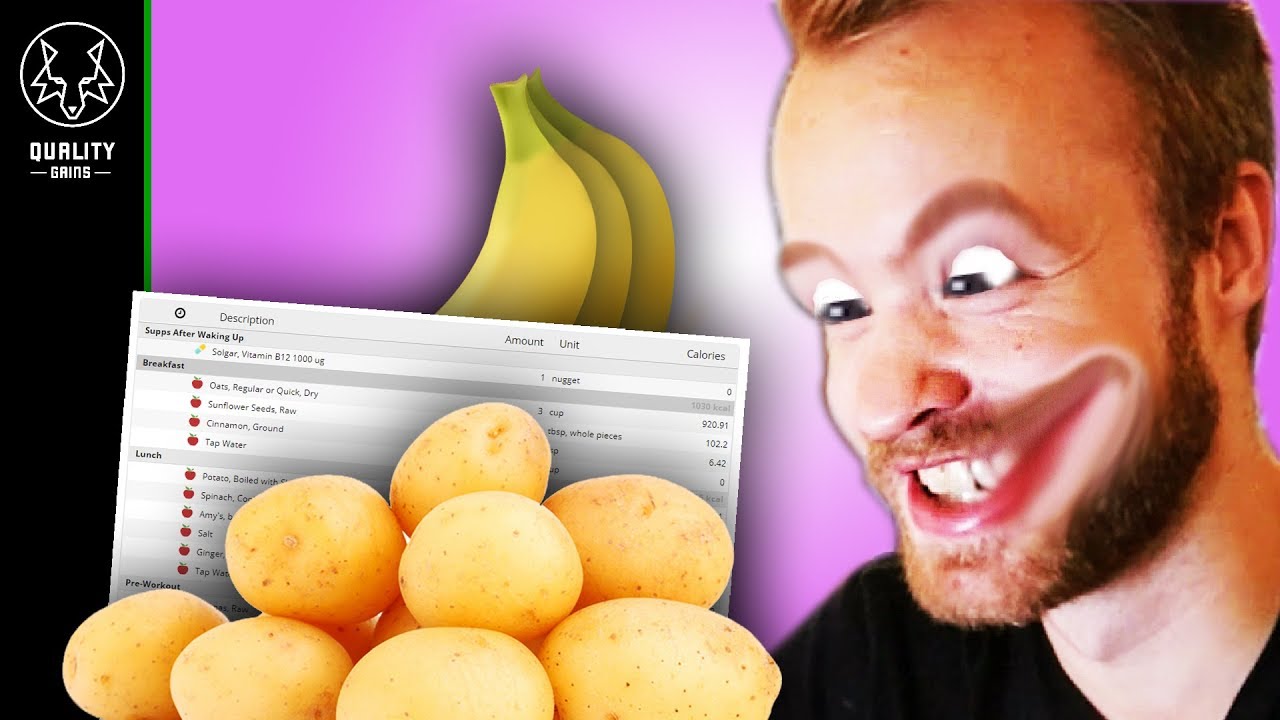 Today I’m going to show you how you can follow a vegan diet on a budget – the hardcore version. This is for students or other people that for some reason struggle financially and need to reduce their living expenses to the absolute minimum.

Health is generally the last thing that you should save money on, but if you need to do it: Here’s how to f*cking do it. Here’s how to live vegan on a budget.

I try to make this vegan on a budget meal plan as healthy as I possibly can, but honestly, it will probably be the most bareboned thing that you have ever seen in your life. It’s almost freaking barbaric, it’s a well-meaning mothers nightmare. Yet my goal is to help you get be vegan on a budget for $30/week.

And yes, this works for all vegans on a budget, be it australia or canada.

As a general rule of thumb if you’re really hard-pressed on money, you want to eat foods that you can prepare at home, buy those foods in extreme bulk and just focus on what works.

Pro tip: The shop that works great if you’re a vegan on a budget is walmart.

The meal plan that I’m going to show you in some seconds is as healthy as it can be, but trust me, it’s very bareboned.

People just might think you’re crazy. But if at one time I’d be really hard-pressed for money, this is probably the vegan meal plan that I’d follow.

Let’s hop into an app called Cronometer where I usually prepare the meal plans for my clients. If you want you can budget vegan meal prep along, while I explain the components of the plan.

The supplement that you need to take on a vegan diet is B12. So even if you’re very pressed for money, do NOT neglect vitamin b12.
Vitamin D3 and Vitamin DHA/EPA, the supplements that I normally also recommend, is an investment worth considering but B12 will really f*ck you up if you do not take it. Plus it’s dirt cheap. Vitamin b12 you can find on Amazon for less than 50 cents a day.
For the breakfast you want to have oats. Oats are freaking dirt cheap and can be bought in huge bulk proportions. You do not want to add them with soy milk, because soy milk is expensive, just freaking add tap water to this plan. Yes, this sh*t is barbaric. I like it.

For lunch you want to add potatoes, literally the cheapest food that you can make. Heck you can even plant potatoes in your garden. Or buy them in ton proportions from Aliexpress.
Next you want to add some spinach to get your green leafy vegetables for the day, again, buy spinach in huge bulk proportions. We don’t have time for sauces here, because sauces are expensive.
The preparation time for potatoes is close to non-existent. You boil some water and drop those badboys in there. Then you have a separate pan where you boil the sh*t out of the spinach.
All good.

Then we got some bananas pre and post workout and some edamame. Again, a very cheap source of protein and carbohydrates.

At dinner we have the same thing as we had for lunch, because guess what, we’re savages.

Generally we add some spices during the day to add antioxidants in a very cheap fashion.

This was the healthy vegan meal prep and meal plan on a budget – the hardcore version.

The goal of this plan is to literally drop your living expenses down while still leaving you somewhat healthy. This healthy vegan meal plan therefore is legit.

Again is this the coolest plan to follow? Absolutely freaking not. However, extreme situation sometimes need extreme measurements.

Pro tip: This plan is suitable for vegan bodybuilding on a budget and vegan weight loss on a budget. Simply adjust your total calories to your needs.